Been doing some organic modelling in Z-Brush and working my cow over. It's completely and utterly (get it utterly) shit. But more practice and hopefully i'll get it. Still having massive topology problems.
In the way that I just get over zealous with my topology and then it gets either to Hi-Res or unformed and polygons' all over the place.

Anyway here's some snippets of my shitty cow. I found that I had some wonderful holes in my mesh around his mouth as well probably from some nice double extrudes or something. Still a lot of work to go on with in both Maya and Z-brush. 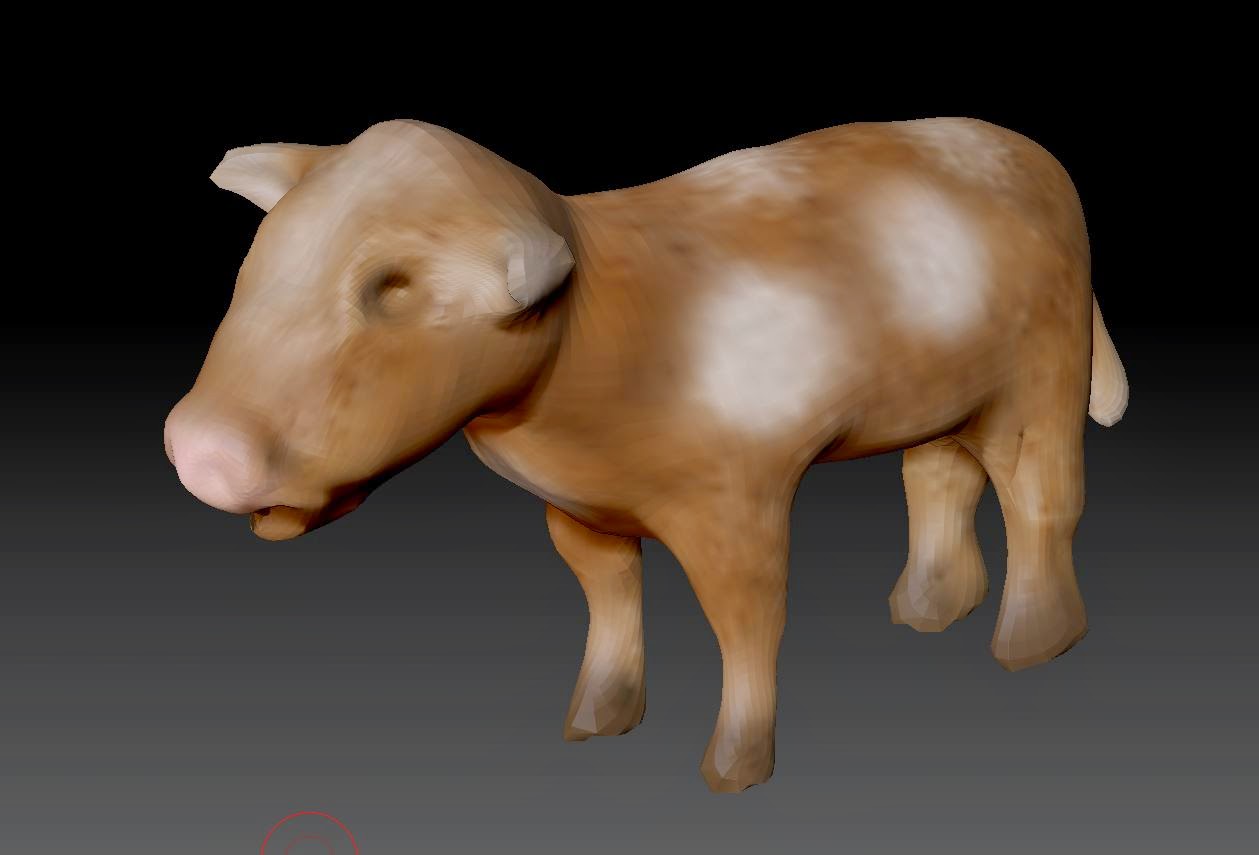 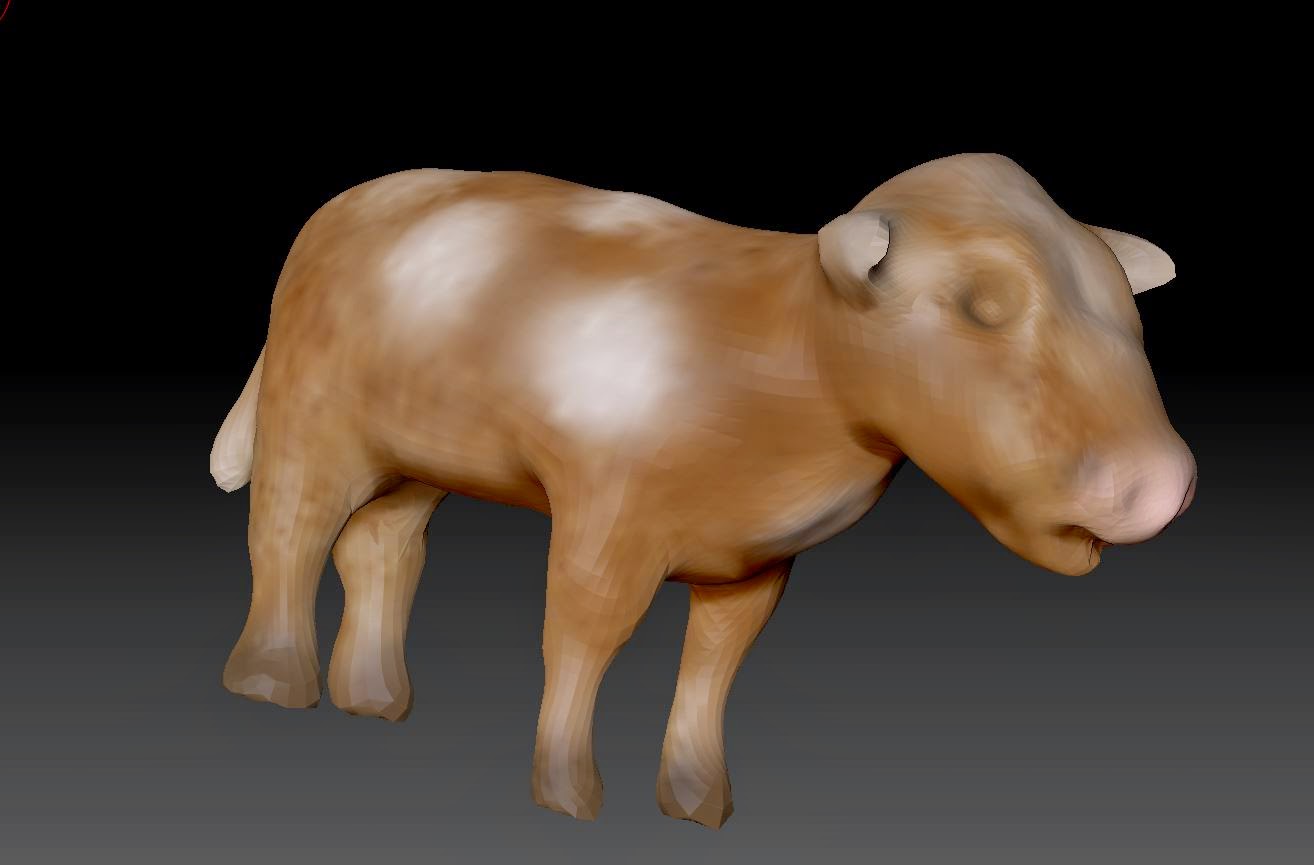 Posted by insert coin to continue at 17:05 No comments:

I've been modelling in a new program. Maya I've found its a lot easier the 3ds max. Not due to modelling but more of the UV unwrapping. I've finally found that I understand unwrapping and the power of all the UV maps. 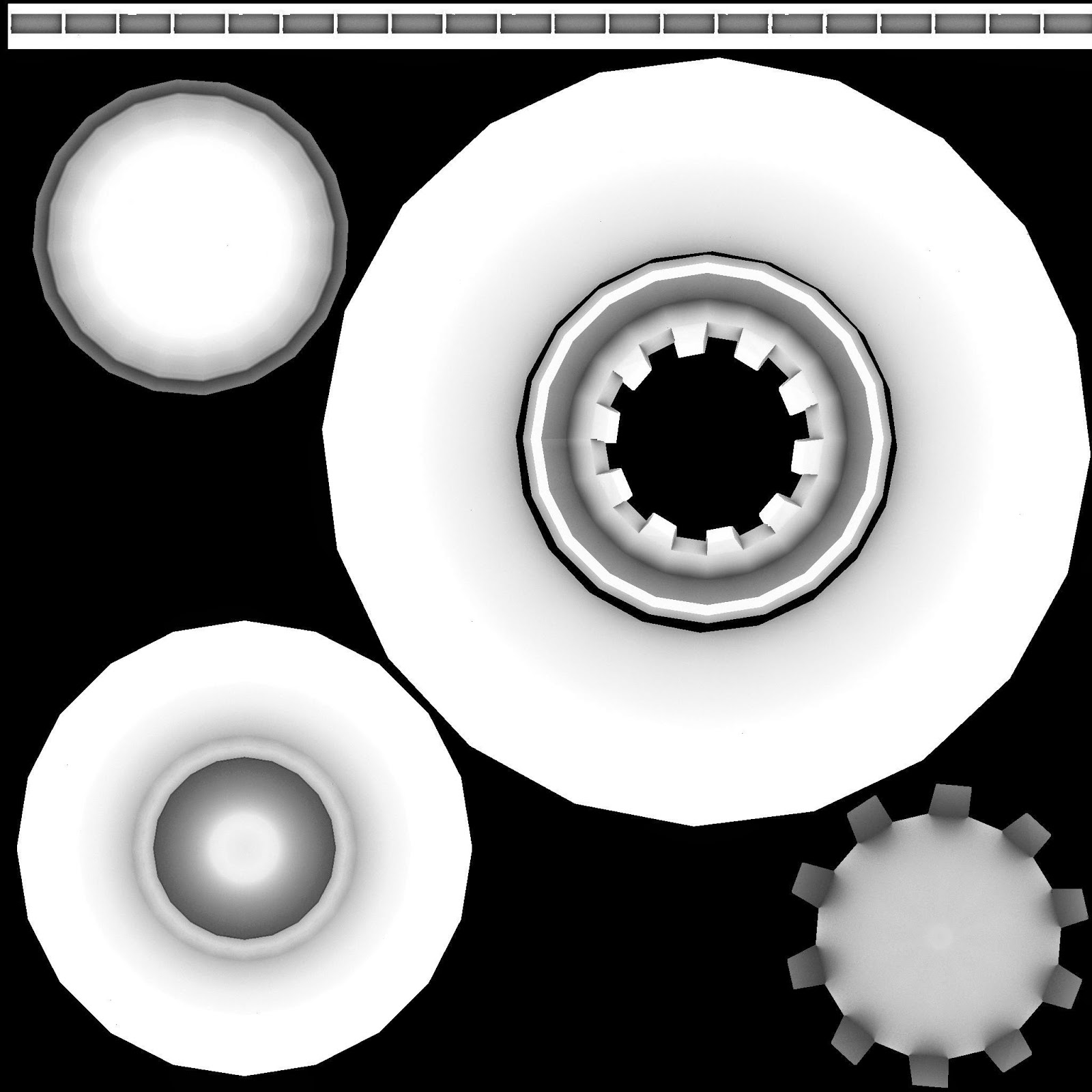 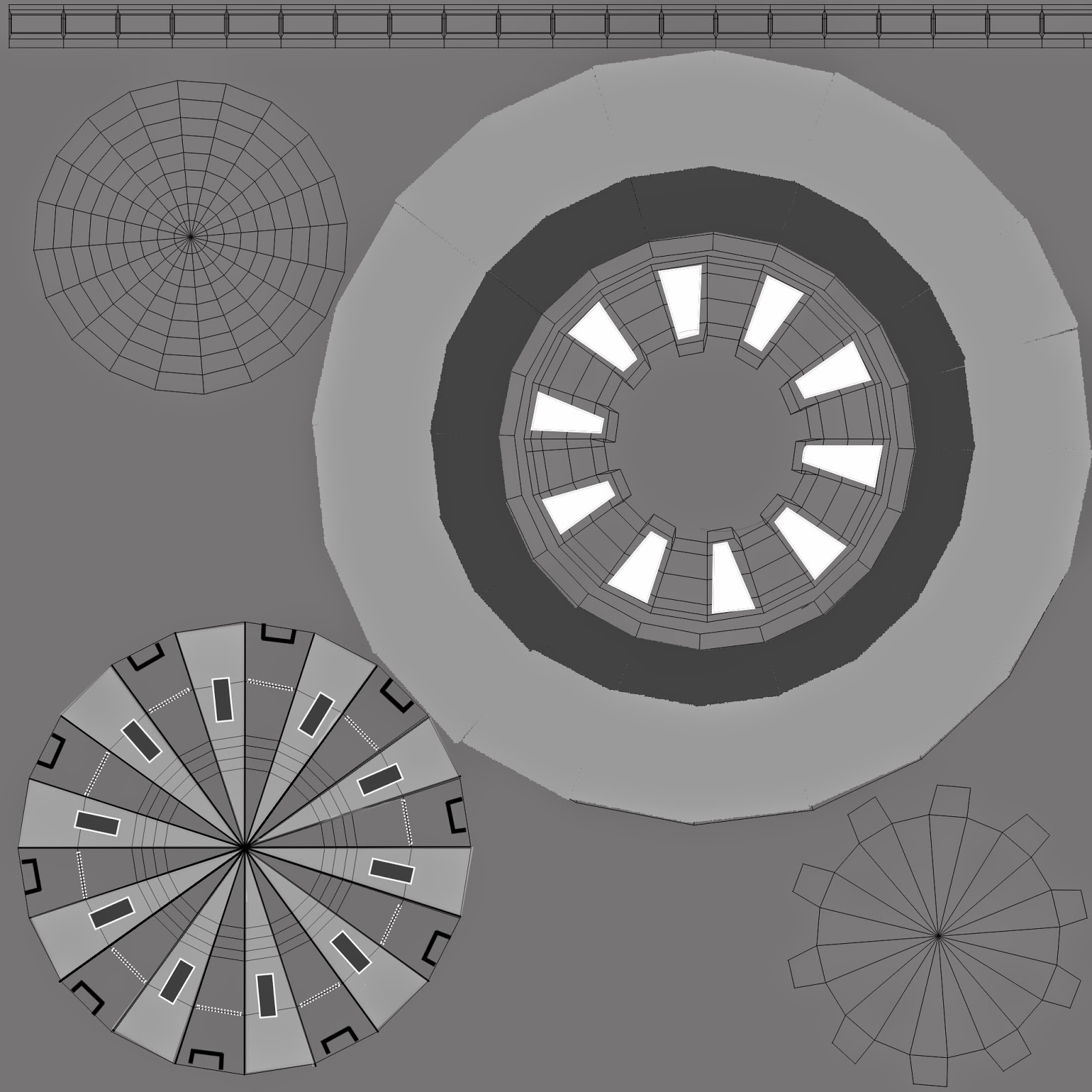 My Bump map. The white indicates rises in detail and the darker area's indicate lower panneling. 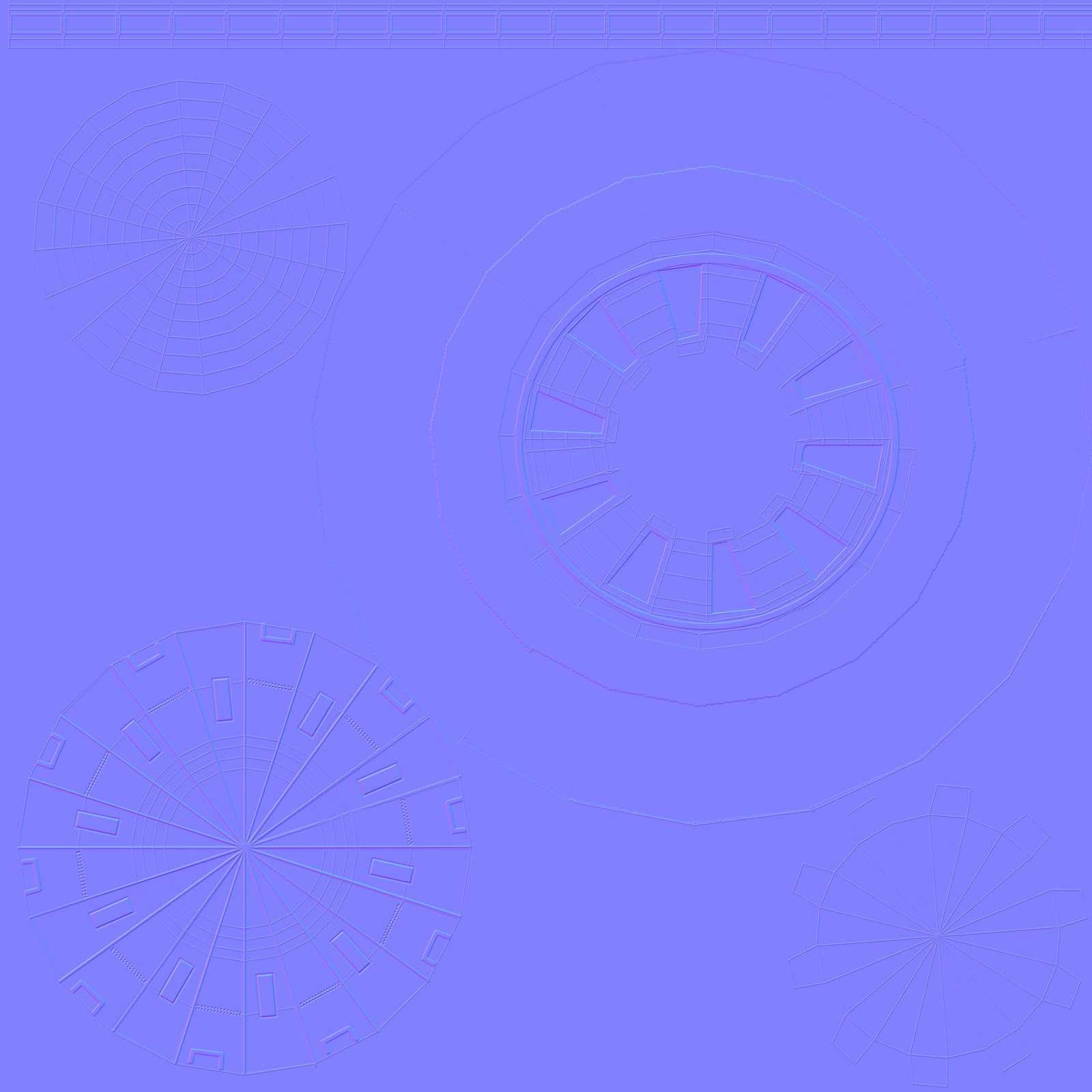 When you bake the Bump. You get the normal map which does all the detail and add's to the model's surface. 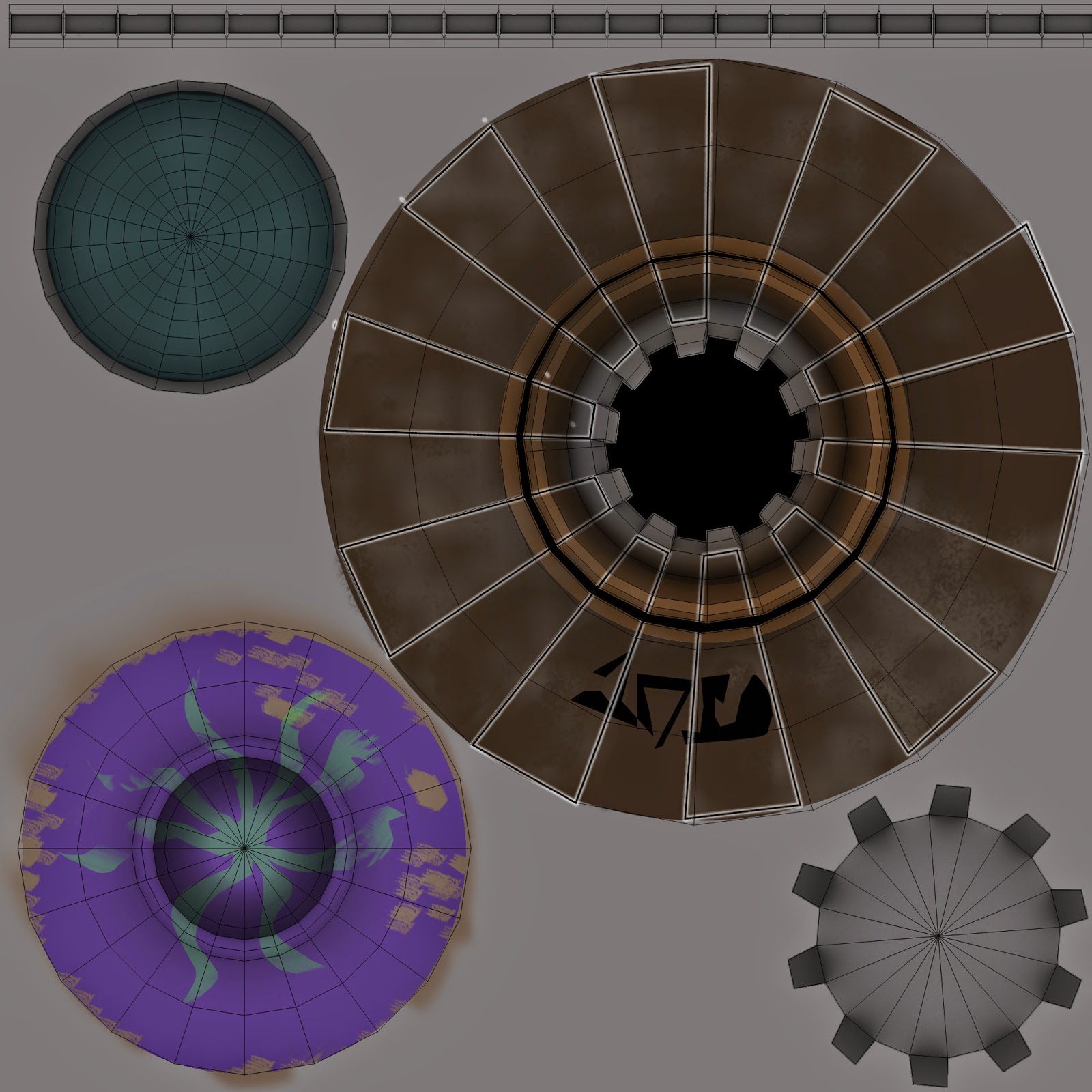 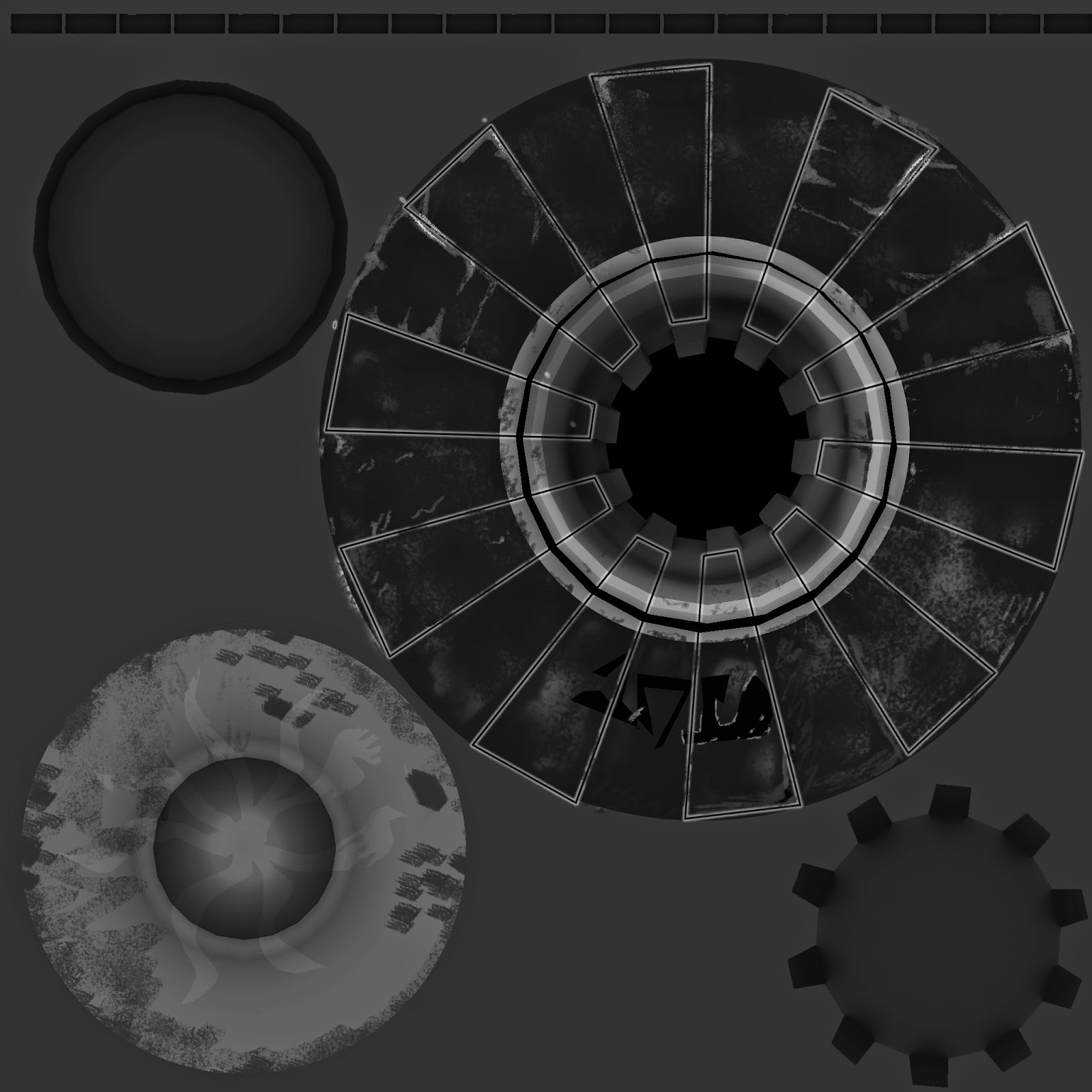 Specular Map: Probably one of the most important maps. It adds all the grime and detail
to the model making it not look as polished and smooth under a light. 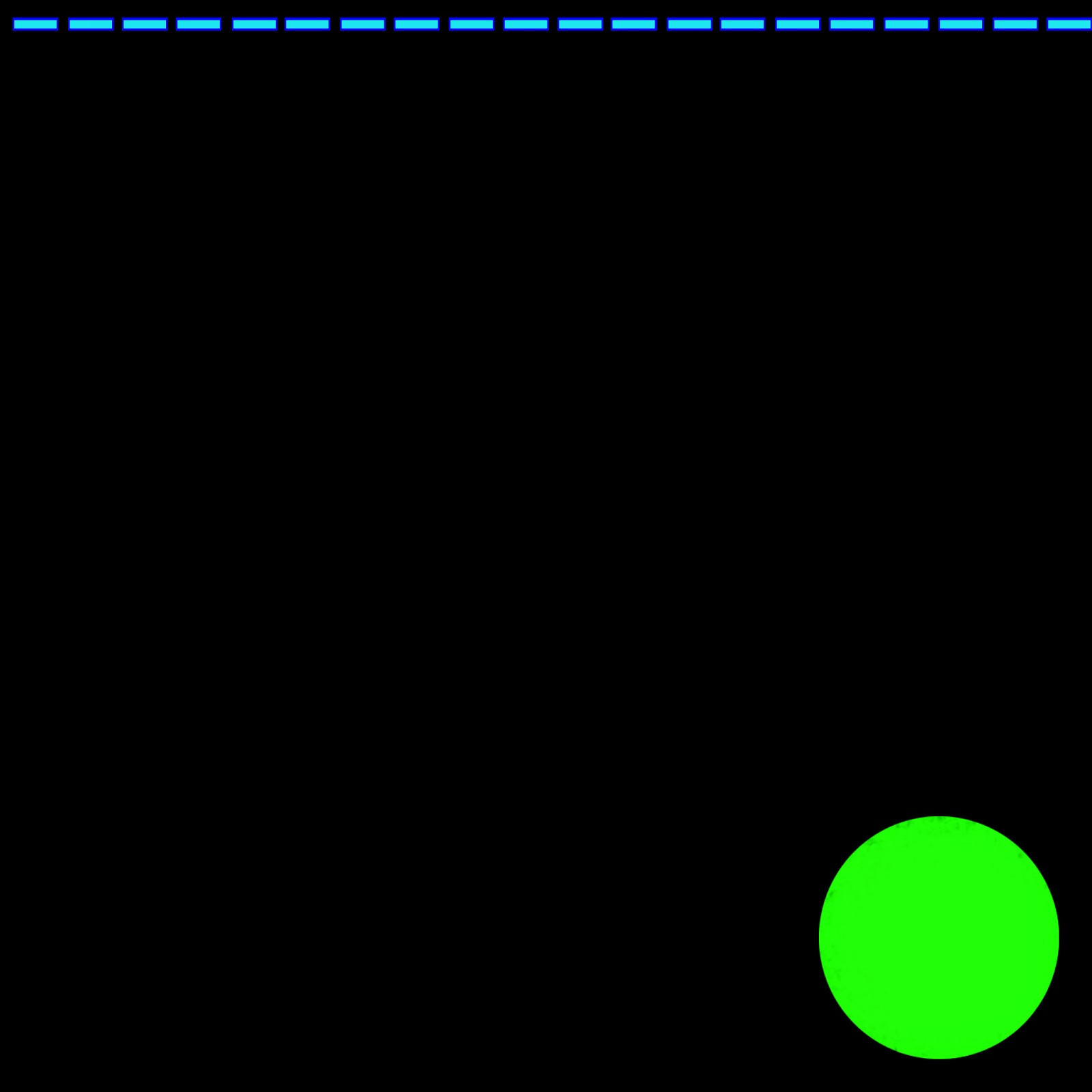 The final Product in Unity 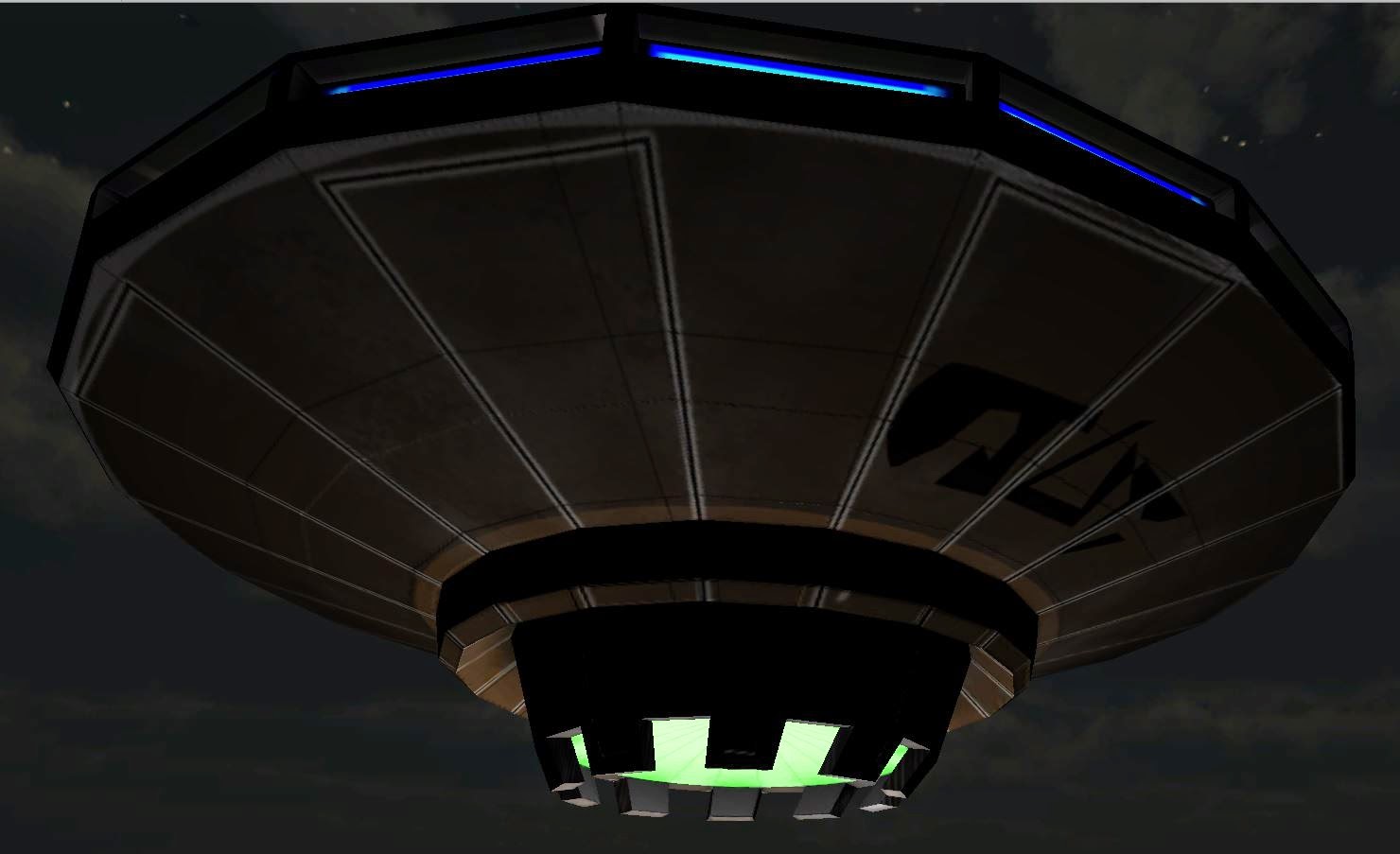 Posted by insert coin to continue at 20:16 No comments:

So I've been a little slack posting the things on my blog but gotta get it back and cranking it again.

So I'll start with concept art. I've been working on just doing a lot of different art styles in photoshop. and slowly working on getting my environment concept better. 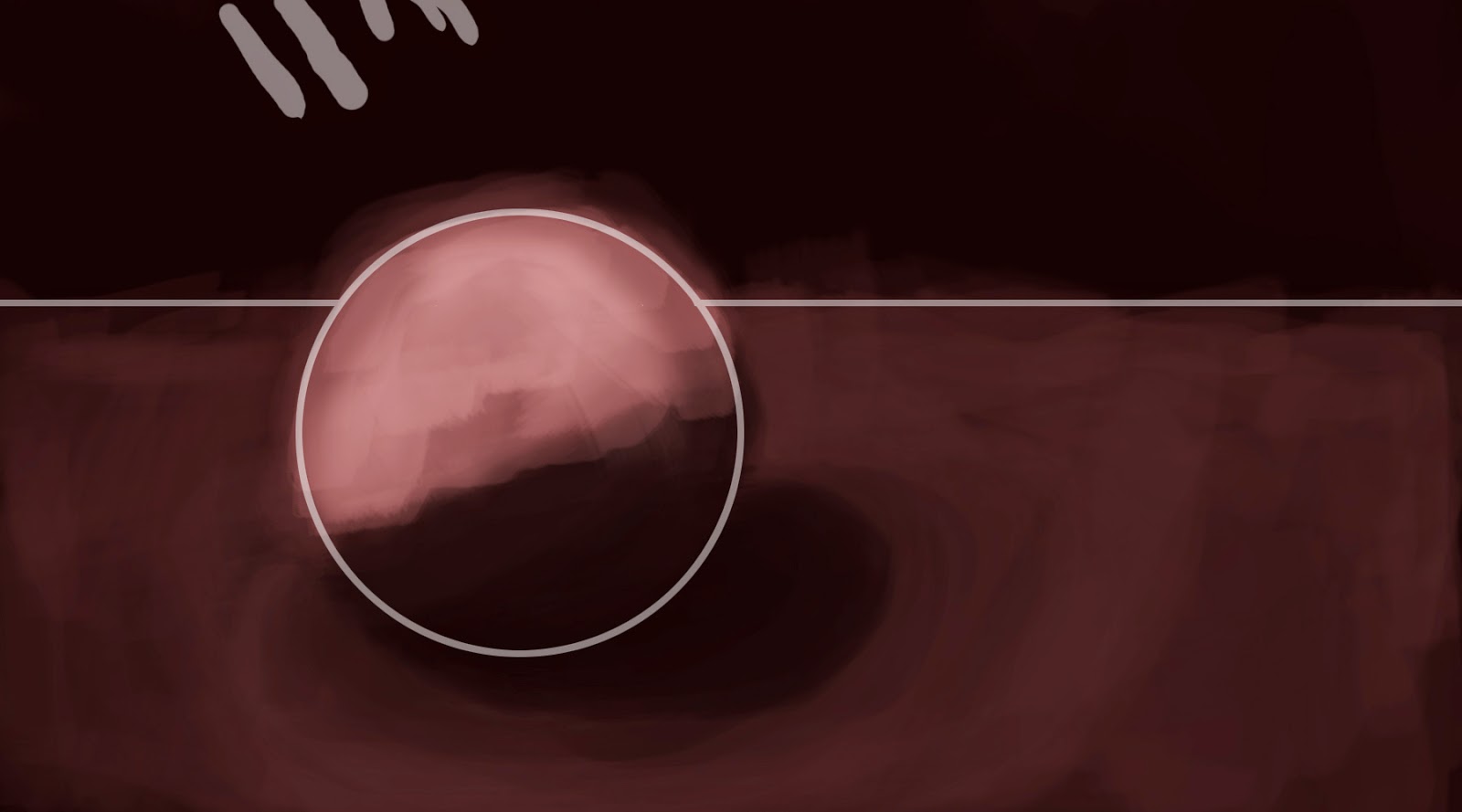 So This was my first piece of concept art, to be brutally honest it was nothing short of shit. everything from the color gradient and saturation to the shadow is wrong. I felt at this point  I would of been better going back to my roots with a pencil and paper. 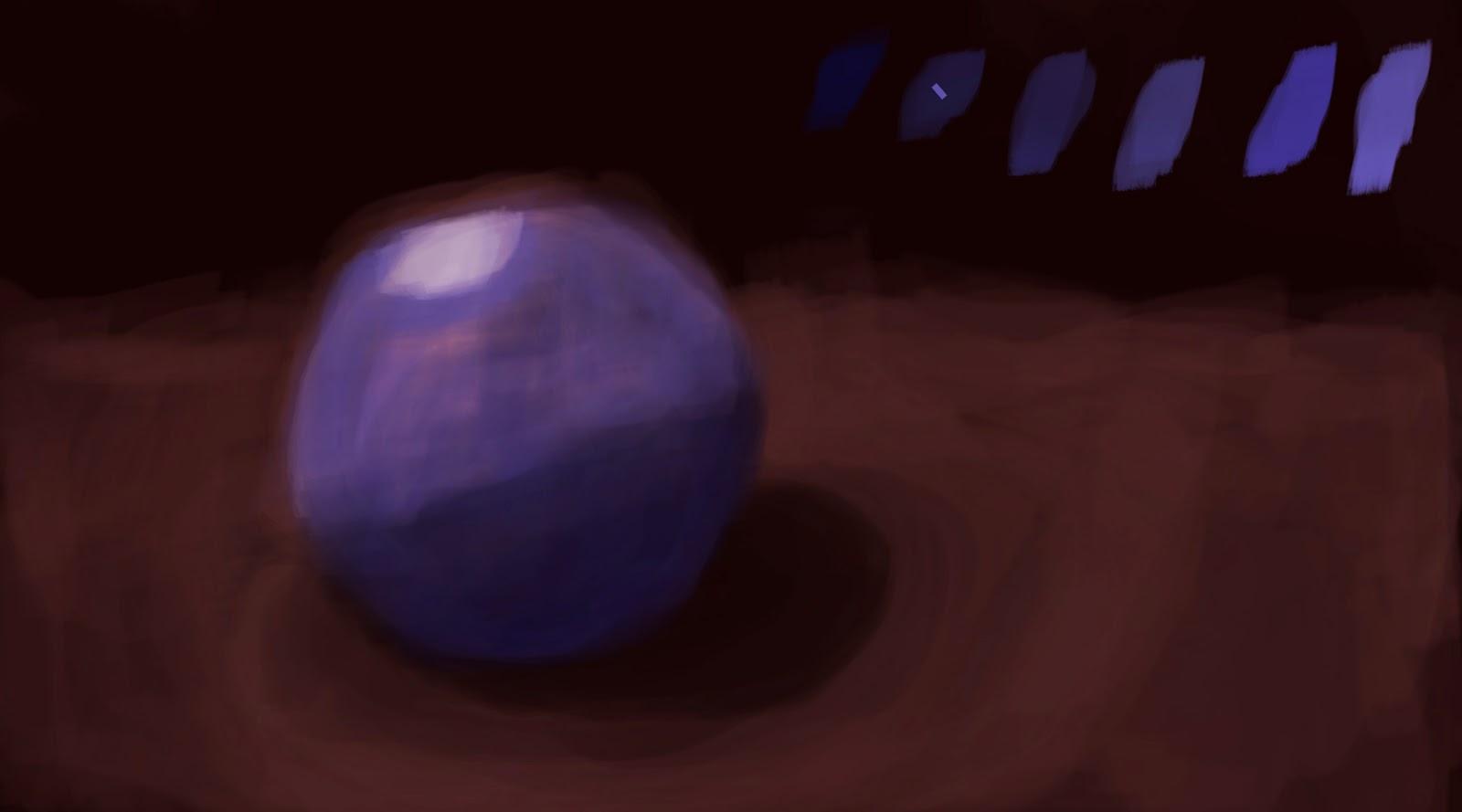 I tried it again and found that it became a lot easier the 2nd time around, my color gradient was a lot better. still need a little work but defiantly an improvement. 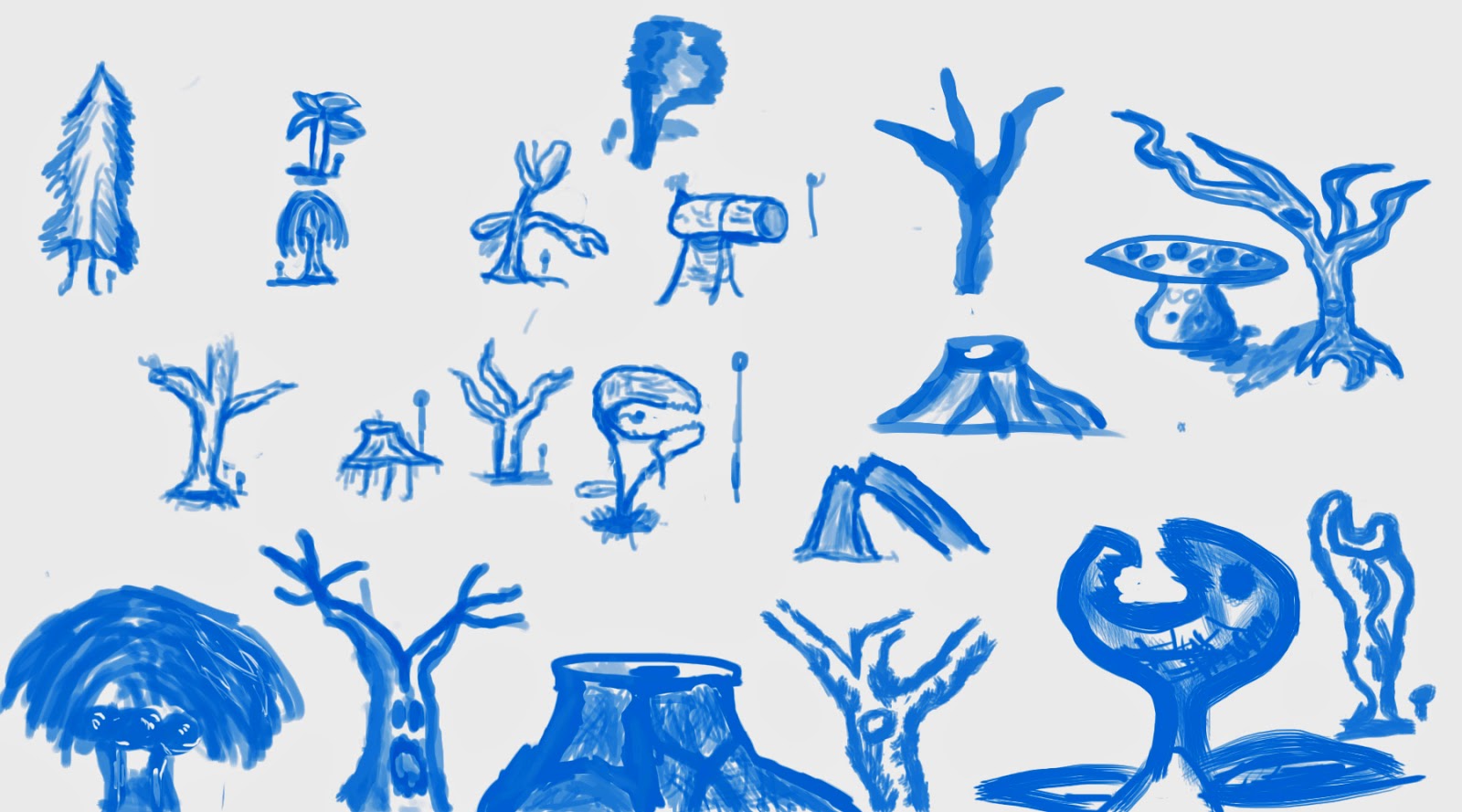 After a lecture on concept art. I produced some thumbnails. To get the form and general idea
of organic matter that i wanted to make, starting with trees. 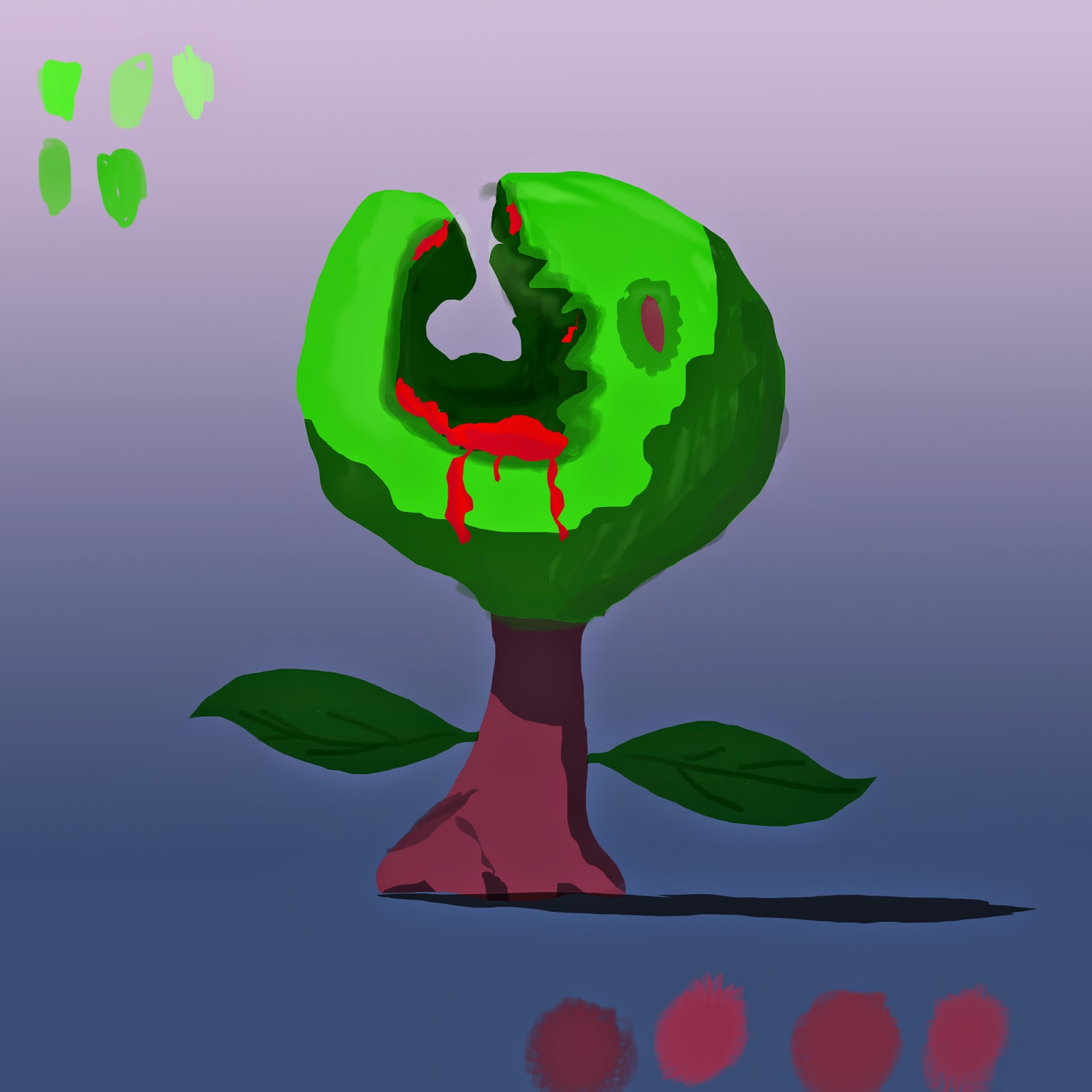 I choose the Alien tree thing. very similar from Mario. I felt it's ok i need to add some surface the plant is on and make it a little better with the gradient again is causing me problems. but i felt the shape and color worked well.

I started on a different type of art called "Pixel Art" very typical of the 1990's on consoles like the Super Nes, Atari, Sega Mega Drive. All 8/16 bits color games. At a distance looks great but when you blow it up you can see all the pixels.

I've started working on Environment concept art, I feel this is a good start but once again my gradient is horrid as shit. The iceberg is too white and the gradient on the mountains looks shitty.

Posted by insert coin to continue at 19:17 No comments: